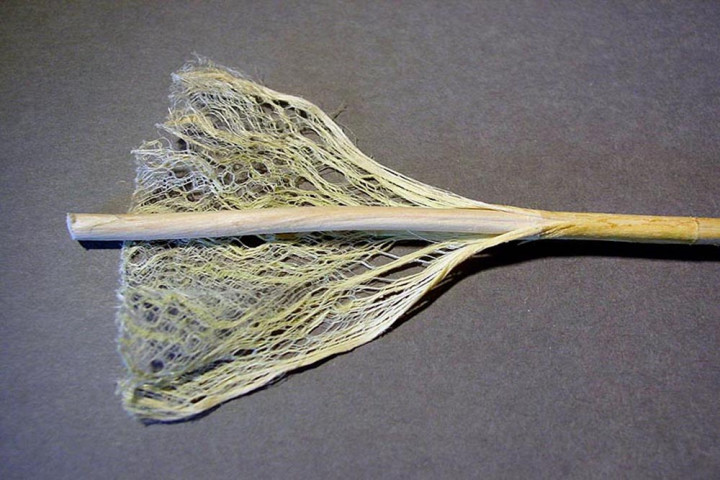 Comprised of a lone hexagonal honeycomb lattice layer of tightly packed carbon atoms, graphene is one of the strongest, lightest and most conductive compounds ever discovered; bottom line, it’s an extraordinary composite. However, a scientist from New York’s Clarkson University says he’s found a way to manufacture hemp waste into a material “better than graphene.” Moreover, the scientist, known to his peers as Dr. David Mitlin, says creating this graphene-like hemp material costs but a minuscule fraction of what it takes to produce graphene.
Presented at an American Chemical Society Meeting in San Francisco, Dr. Mitlin described how he and his team were able to recycle leftover hemp bast fiber into powerful energy-storing supercapacitors. To do this, Mitlin says he first cooked the leftover fibers to achieve hydrothermal synthesis. After the hemp’s lignin and semicellulose dissolve, what’s left are carbon nanosheets incredibly similar to the structure of graphene. He then built the resulting sheets into electrodes and added an ionic liquid for its electrolyte to create a batch of supercapacitors boasting a high energy density. “Obviously, hemp can’t do all the things graphene can,” Mitlin acknowledged. “But for energy storage, it works just as well. And it costs a fraction of the price [at] $500 to $1,000 a tonne.”
Countries like Canada, China, and the United Kingdom rely heavily on industrially grown hemp for use in clothing, jewelry, building materials, among other applications. What’s left over after these goods are created is the aforementioned bast fiber, which typically finds its way to landfills. Additionally, Mitlin points out that the hemp used to create the graphene-like supercapacitor is entirely legal to grow and contains absolutely zero traces of THC.
“Fifty miles down the road from my house in Alberta there was an agricultural hemp processing facility and all that bast fiber, it just sits in a high bay, and they don’t know what to do with it,” Mitlin tells BBC News. “It’s a waste product looking for a value-added application. People are almost paying you to take it away.”
With everything from electric cars to power tools, having the ability to make use of supercapacitors, it seems quite possible that Mitlin’s discovery could oust graphene from its reign as the gold standard of energy-storing materials.
To read the research paper that Dr. Mitlin’s presentation was based on, click here.
Categories: Organic CBD